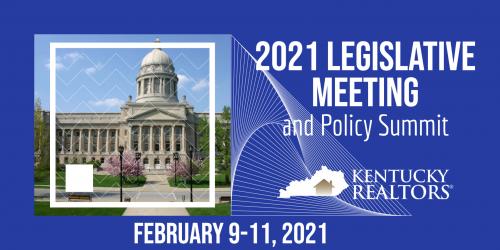 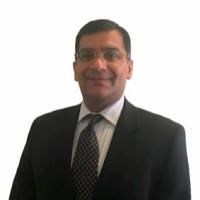 This will be a look at what we can expect from the housing industry and from the greater economy in 2021.  Vidur Dhanda is the founder of HousingIQ – a Boston-area housing data and analytics company. HousingIQ publishes the Housing Market Vitality Indicators that provide a monthly perspective on the prevailing strength of metro housing markets and forecasts of house price appreciation. HousingIQ also develops and administers Housing Market Surveys that are designed to harness the knowledge of local experts. Vidur earned an MBA in Finance from Boston University and an MS in Computer Science from New York University's Courant Institute. He holds a Bachelor's degree in Math and Computer Science from Vassar College, and an International Baccalaureate from Pearson College.

Real Estate Professionals in the Legislature

Rep. James Tipton – REALTOR® and farmer from Taylorsville, KY representing HD 53. His district is Anderson, Bullitt (part), and Spencer counties. He is a Broker at Premier REALTORS®, LLC. He is a member of the Greater Louisville Association of REALTORS®. He is a member of the Anderson Co. Chamber of Commerce and Spencer Co. Chamber of Commerce. Rep. Tipton's committee appointments: Agriculture, Appropriations and Revenue, Education, and State Government.

Rep. Randy Bridges – REALTOR® and developer from Paducah, KY representing HD 3. His district is McCracken (part) county. He is a Broker with Remax Realty Group and is a member of the Paducah Board of REALTORS®. He is also a member of the Paducah Area Chamber of Commerce and Rotary Club of Paducah. Rep. Bridges' committee assignments: Administrative Regulation Review Subcommittee, Appropriations and Revenue, Transportation (Vice-Chair), and Natural Resources.

Rep. Adam Koenig – REALTOR® from Erlanger, KY representing HD 69. His district includes part of Boone county and part of Kenton county. He is with Coldwell Banker West Shell. He is a member of the Northern Kentucky Association of REALTORS®. He is the Chair of the House Licensing, Occupations, and Admin. Regulations Committee. Additionally, he serves on the Banking and Insurance, Small Business and Information Technology, and Local Government committees.

Sen. Jared Carpenter – Resides in Berea, KY representing SD 34. His district covers part of Fayette county, all of Madison and all of Rockcastle counties. Owner of a real estate and rental properties business, KJC Properties, LLC. He is a former banker at First Southern National Bank. His committee assignments include Agriculture, Banking and Insurance (Chair), and Natural Resources and Energy.

Sen. Stephen West – REALTOR® and Real Estate Attorney from Paris, KY representing SD 27. His district covers Bourbon, Fleming, Harrison, Lewis, Mason, Nicholas, Robertson, and Rowan counties. He is a member of the Lexington-Bluegrass Association of REALTORS®. He is the Co-Chair of the Joint Administrative Regulation Review Subcommittee. Additionally, he is a member of the following committees: Agriculture, Appropriations and Revenue, Education (Vice-Chair), and Judiciary.

A look at the "Wicked Game" 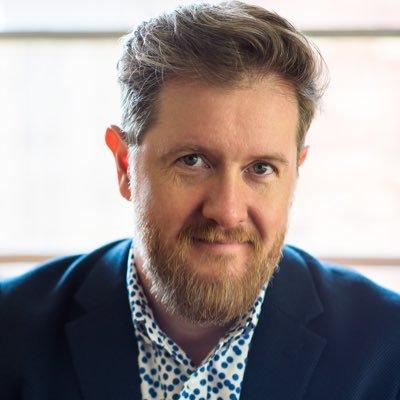 Podcast host and producer Lindsay Graham will join KYR Government Affairs Director Richard Wilson to discuss elections in America and how this most recent election might affect future ones.

No, not the Senator! This Lindsay Graham is the Webby Award-winning host of the podcasts American History Tellers, American Scandal, and American Elections: Wicked Game, and is the executive producer of the audio dramas 1865 and Terms. He is a podcast producer, sound designer and composer who has worked on Dirty John, Dr. Death, Bad Batch, Business Wars, The Lead, and others, reaching tens of millions of listeners. Through his production company Airship, Lindsay seeks to expand human understanding and empathy through audio storytelling.

Leaders of the Legislature Roundtable

Senate President Robert Stivers – Attorney from Manchester, KY representing Senate District 25. His district covers Clay, Knox, Lee, Owsley, Whitley, and Wolfe counties. In 2015, Stivers was honored by Governing Magazine as a Public Official of the Year for his work in the General Assembly. He also served as the Chair of the Southern Legislative Conference and presided over the conference’s highly successful annual meeting in Lexington in 2016. He has served in the Senate since 1997 and was elected as Senate President in 2012. This will be his fifth consecutive term as Senate President.

Speaker of the House David Osborne – Speaker Osborne is a REALTOR® with Weichert REALTORS and a farmer from Prospect, KY. He represents House District 59 covering part of Oldham county. He has served in the legislature since 2005 and was first elected Speaker of the House in 2019 after previously serving as Acting Speaker of the House and Speaker Pro Tempore. He is a member of the Greater Louisville Association of REALTORS(R).

Senate Minority Floor Leader Morgan McGarvey – Leader McGarvey represents part of Jefferson county. He resides in Louisville and is an attorney at Morgan & Pottinger, PSC. He has served in the legislature since 2012 representing the 19th Senate District. In 2018, he was elected as Minority Leader, becoming one of the youngest members of a general assembly in the nation to serve in a leadership role.

House Minority Floor Leader Joni Jenkins – Leader Jenkins resides in Shively, KY. She has served as the Representative for House District 44 since 1995 and has also served as Minority Leader in the House since 2019. Her district covers part of Jefferson county. She is a Communications Specialist by trade.

Drew Myers – Drew joined the National Association of REALTORS® in April 2019 after managing a successful campaign for Congress. In previous years, he led policy and advocacy efforts as Director of Policy and Strategic Development, at the Columbia Chamber of Commerce, in South Carolina’s capital city. Drew currently serves as Federal Political Representative where he guides federal RPAC disbursements, implements targeted campaigns in support of federal candidates and serves as liaison to state and local REALTOR® associations in seven states across the southeast and mid-Atlantic regions of the United States. 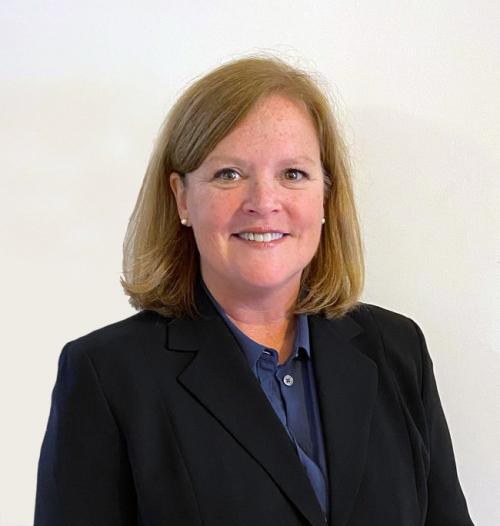 Helen Devlin – Helen is the Vice President of Strategy and Advocacy Operations. In this capacity, Helen will develop and coordinate our strategic activities agenda across Advocacy teams. Helen also leads the team responsible for Community Outreach and Advocacy Financial Affairs. She will continue lobbying House Republican Congressional offices. She has been working in the government affairs division of the NATIONAL ASSOCIATION OF REALTORS® (NAR) in Washington, DC for over sixteen years as part of the Lobbying team. Prior to this, Helen served as the primary liaison for the Association to the Congressional delegations of 6 states, including Kentucky, Florida, Georgia, Louisiana, Alabama, and Missouri. Helen came to the REALTORS with fourteen years of Capitol experience working for the U.S House of Representatives. Before joining NAR she was Chief of Staff for former Kentucky Representative Ron Lewis, managing all aspects of his Washington D.C, and Kentucky offices from policy decisions to budgeting. Helen began her career in Capitol Hill as Staff Assistant for then-Representative Jim Bunning (R-KY) where she served in several capacities including Legislative Correspondent and Legislative Assistant.

Women on "the Hill"

Amy Wickliffe – Amy brings over fifteen years of political and lobbying experience. She has been lobbying the Kentucky General Assembly since 2005 and previously served as Chief of Staff to First Lady Glenna Fletcher, Statewide Finance Director for Governor Ernie Fletcher, and worked on various political campaigns throughout her career. In 2018, Amy received an Excellence in Advocacy Award from Professional Women in Advocacy recognizing her work on behalf of Marsy’s Law for Kentucky and in 2019 she was named one of Kentucky Gazette’s Notable Women in Kentucky Politics and Government.

Anetha Sanford – Anetha was recently named the new Chief Executive Officer/Executive Vice President of the Home Builders Association of Kentucky.  Her responsibilities include serving as the association’s chief lobbyist and primary representation to government officials on behalf of the members. Sanford brings nearly 20 years of real estate association and government relations experience. Prior to being named CEO/EVP, she served as the vice president of government affairs for HBAK since 2014. Prior to her service at the homebuilders, Sanford spent 10 years at the Kentucky Association of REALTORS as the Director of Government Affairs and as the Professional Development Director.

Ashli Watts – Ashli was named the President and CEO of the Kentucky Chamber, the state’s largest business association, in November 2019. Ashli joined the Kentucky Chamber of Commerce in November of 2012 and during her tenure as a Senior Vice President of Public Affairs at the Chamber led efforts in passing significant pieces of legislation such as felony expungement in 2016, right to work legislative in 2017, workers’ compensation reform in 2018 and reinstating arbitration agreements in 2019. As part of the Chamber’s leadership team, the Kentucky Chamber was named National State Chamber of the Year in 2017. Prior to joining the Chamber, she worked at the Kentucky Bar Association and the Legislative Research Commission.

The State of Today's Politics with Scott Jennings and Matt Jones

Matt Jones – Matt is an attorney, businessman, radio host, author, and owner and founder of Kentucky Sports Radio in Lexington, KY. Since founding Kentucky Sports Radio, Jones has used his media platform to discuss both sports and politics. He was courted by the Democratic Congressional Campaign Committee to run for the 6th district U.S. House seat occupied by Representative Andy Barr in 2016 but ultimately declined to run. He had also considered running for the U.S. Senate seat held by McConnell in 2020, but announced on November 15, 2019, that he would not enter the race.

Scott Jennings - Scott is RunSwitch co-founder and partner, providing senior-level communications, public affairs, political and crisis communications counsel for national and international clients. His expertise in political strategy, polling, and public policy often lands him on CNN, Fox News, MSNBC, and other national media outlets that value his experienced insights.  In June 2017, Scott signed a contract with CNN to become a Political Commentator. 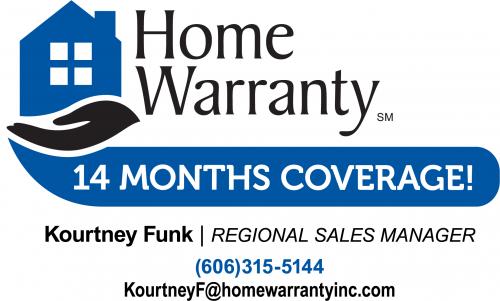