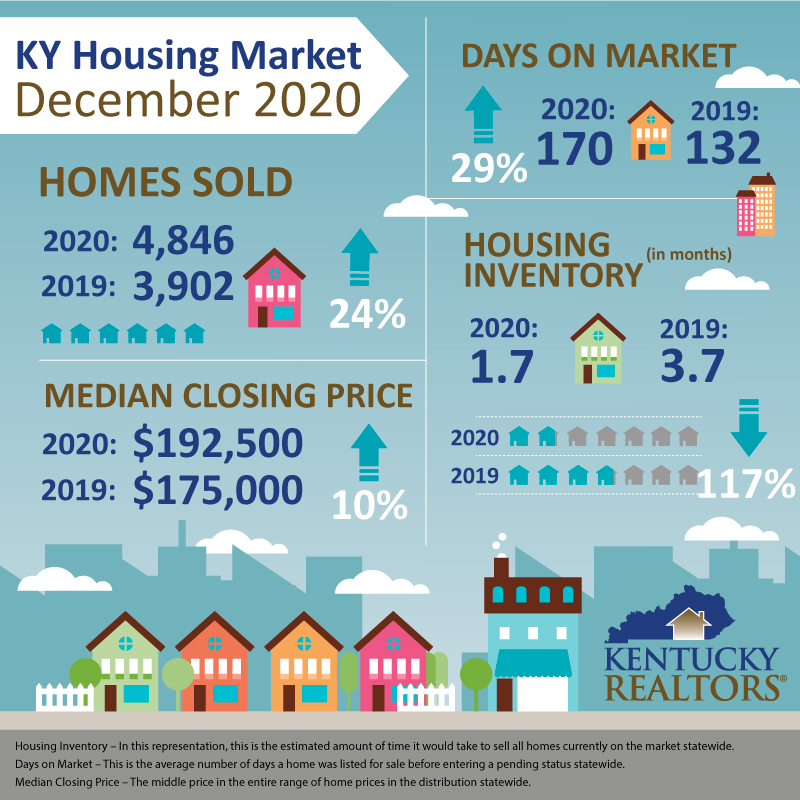 One year ago, the seriousness of the COVID-19 pandemic was only just beginning to be understood. Just one month later, business shutdowns would start to cast doubt on the health of Kentucky’s (and the nation’s) economy as housing sales numbers plummeted. Like everyone else, REALTORS® wondered how long it would take their sector to recover. Those fears, however, were short-lived. It only took until June for the numbers to roar back and surpass anything experienced to date. December 2019 home sales came in at 3,902. December 2020 saw that mark bested by nearly 25% at 4,846. This pushed the year-to-date total sales for 2020 to 56,218. Only once before (last year) had that figure surpassed the 50k mark. The bigger story may be the total sales volume figures. Total home sales volume for 2019 was $10.4 billion. 2020 saw that number swell by an incredible 19% to $12.3 billion.

Every metro area tracked by the National Association of REALTORS® through the fourth quarter of 2020 witnessed home prices grow from a year ago, according to NAR's latest quarterly report. Eighty-eight percent of the metros followed (161 areas) saw double-digit price increases. For comparison, only 115 metro areas saw such growth in the third quarter. 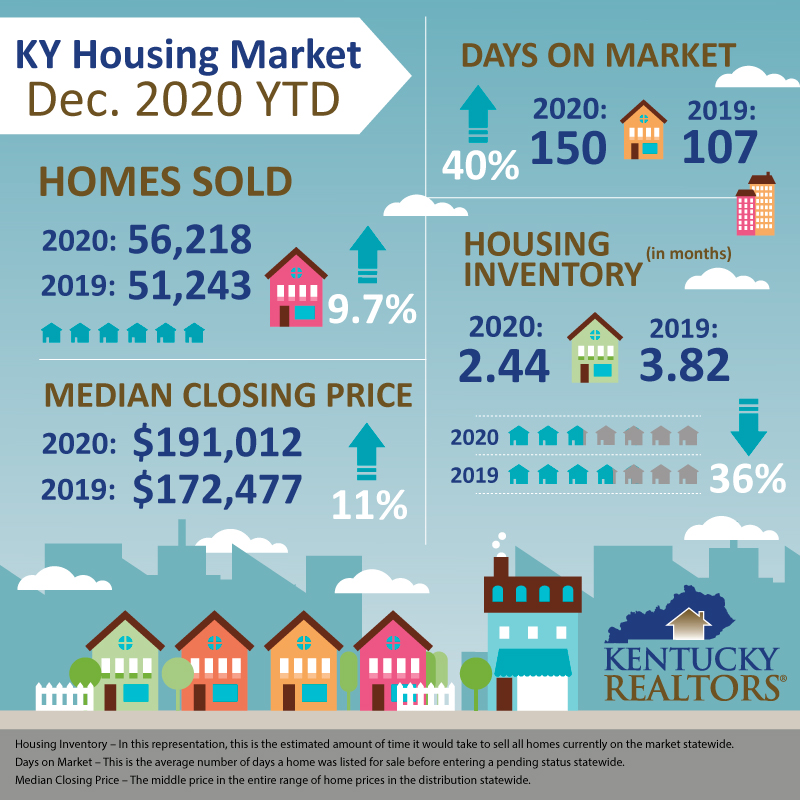 Housing inventory continues to stagnate at a critically low level. For December, it would take only 1.68 months to sell all of the homes listed. Economists feel that 6 months of inventory is the hallmark of a balanced market. “REALTORS® have been hopeful that record low interest rates have mitigated the rising home prices somewhat”, said Charles Hinckley, President of Kentucky REALTORS®. “However, we look to new construction and investment in communities to help bump up the available number of properties hitting the market in 2021.”

Just 21 units sold as distressed, which is down seventy percent from December 2019, suggesting government programs designed to keep homeowners from losing their properties continue to be effective.