Kentucky home sales followed the national trend by rising in August and reaching 5,485 transactions.  This is a 4.3 percent increase over August 2017 and the second highest monthly sales for the state since June 2017. For the year, home sales are trailing 2017 by just 1.02 percent, with 35,838 transactions through the first eight months of the year (36,208 sales were recorded in the same period for 2017). 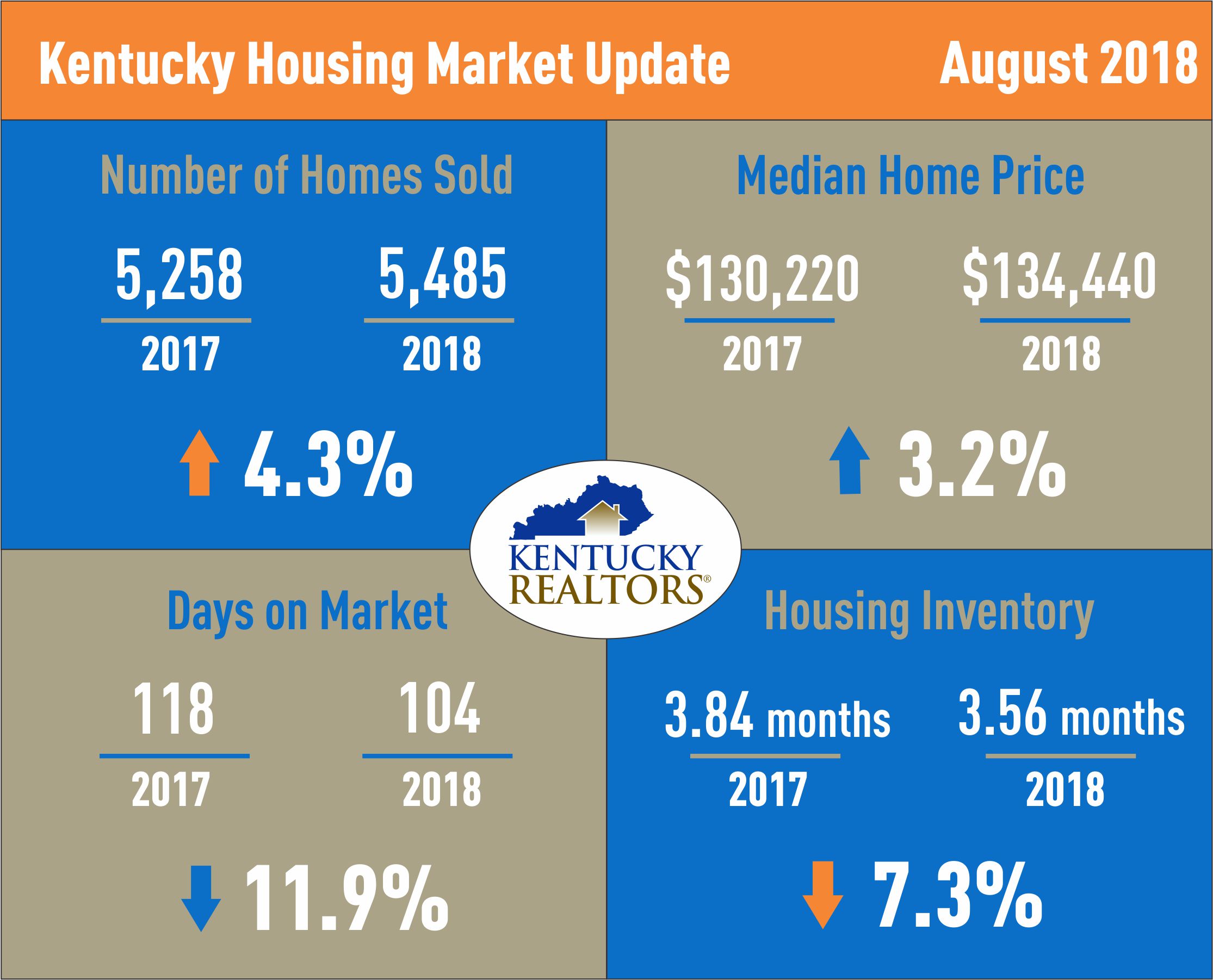 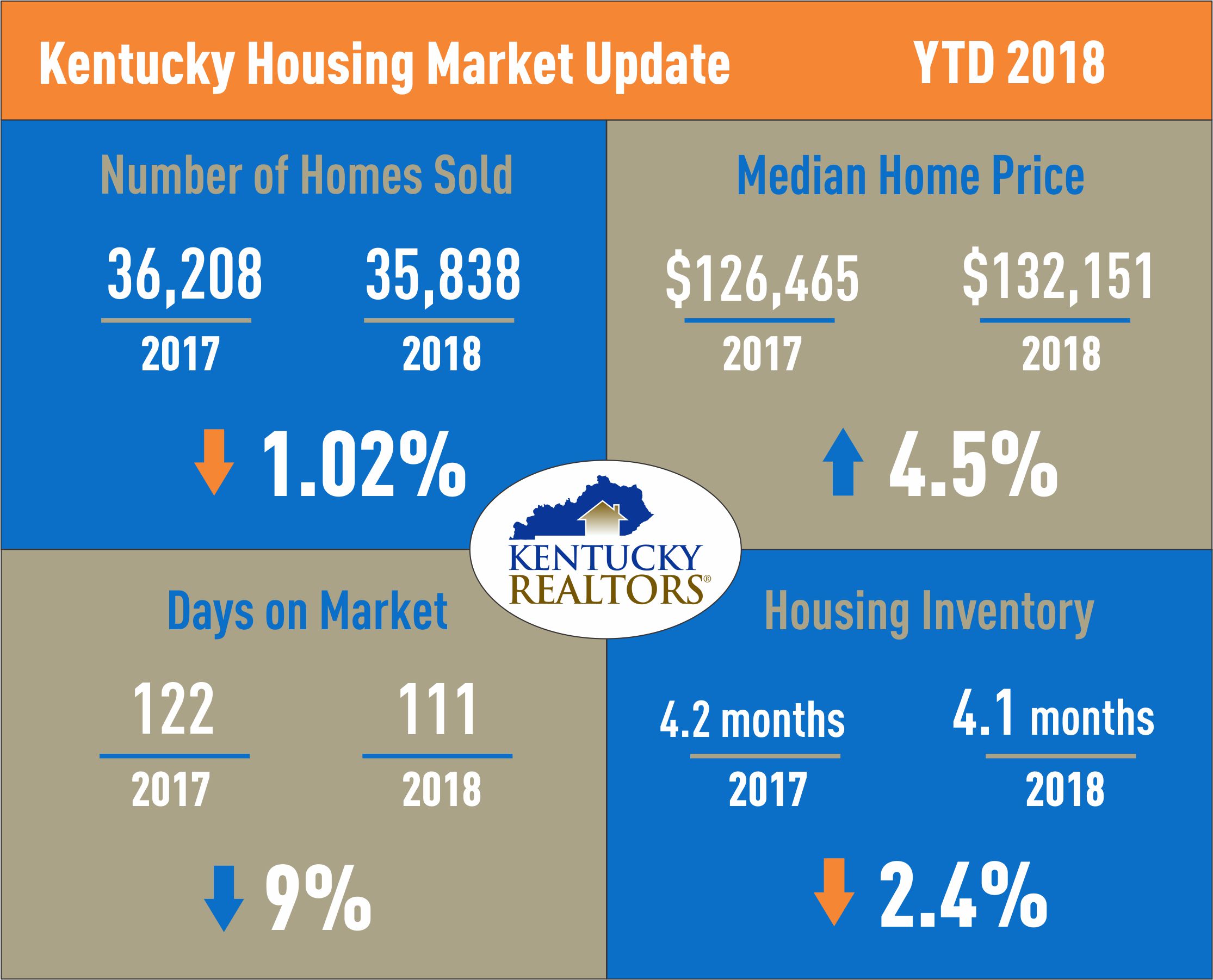 Nationally, existing home sales remained steady in August after four straight months of decline, according to the National Association of REALTORS® (NAR).  NAR Chief Economist Lawrence Yun says the decline in existing home sales appears to have hit a plateau with robust regional sales.  “With inventory stabilizing and modestly rising, buyers appear ready to step back into the market”.

“Nationally, surveys show that half of all Americans strongly believe now is a good time to sell their home, but their belief that now is a good time to buy one is now 5 percent lower than the previous quarter” said Steve Cline, President of Kentucky REALTORS®. “ We know that the Kentucky and national economies are booming, but many people are fearful of selling their home and not being able to find a replacement quickly or that they can afford,” Cline said.