Kentucky REALTORS® (KYR) announces that Richard Wilson has been hired as the Director of Governmental Affairs. His first day with KYR will be January 21st. Richard brings with him a strong and impressive background in governmental affairs and advocacy. 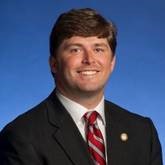 Richard comes to KYR from Nashville, TN where he worked most recently as the Small Business Advocate for the Tennessee Comptroller of the Treasury. In this role, he was a liaison between the state’s small business community and the legislature, identifying issues to bring before the legislature to assist small businesses and improve the business climate. He successfully lobbied approximately 60 bills on behalf of the Comptroller during 2018.

Other positions held include Bill Clerk for the Tennessee Legislature where he handled bills for the Finance, Ways and Means Committee; Field Representative for the House Republican Caucus in TN; and roles with numerous state and federal campaigns in Tennessee and Mississippi.

“We are very pleased to have Richard joining KYR's Government Affairs Team,” said Steve Stevens, Kentucky REALTORS® C.E.O. “He has seasoned experience in advocacy and political action through his previous work in Tennessee and Mississippi and understands how to work closely with legislative members to articulate important policy needs of business. I know our members will enjoy working with him across the state as he supports their advocacy efforts.”

Richard’s primary responsibility at the Association will be to promote and defend homeownership and private property rights across the state. His wife is a native Lexingtonian and they both looking forward to settling into life in the Bluegrass. 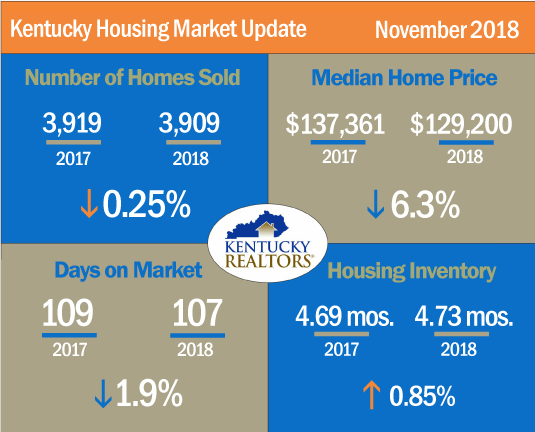 Nationwide, existing-home sales increased in November, according to the National Association of Realtors®, marking two consecutive months of increases. Unlike Kentucky, however, year-over-year numbers are down 7% from 2017. Lawrence Yun, NAR’s chief economist, says two consecutive months of increases is a welcomed sign for the market. “The market conditions in November were mixed, with good signs of stabilizing home sales compared to recent months, though down significantly from one year ago. Rising inventory is clearly taming home price appreciation.” 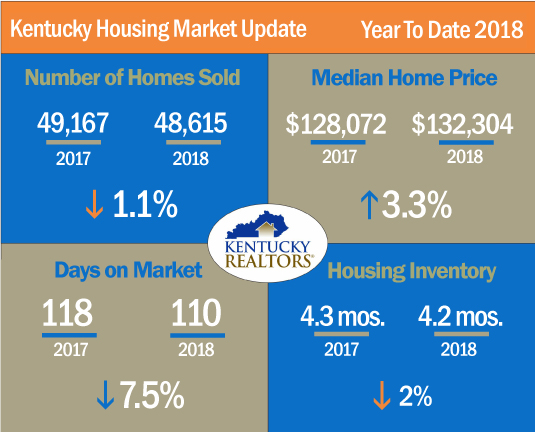 Steve Cline, President of Kentucky REALTORS®, said that certain areas of the state have stronger than usual numbers and are causing the home sales tally to flirt with record territory. “While most area sales remain largely unchanged over last November, some areas are seeing record-breaking numbers of units being sold. Places like Greater Owensboro, Hardin County, the Bowling Green area, and particularly Ashland have seen their highest sales in over a decade. Ashland’s November numbers bested their high-water mark by an amazing 21%.”

The median home price fell by 6.3% in November after rising for three consecutive months, easing concerns that falling inventory might raise prices high enough to begin pricing some first-time home buyers out of the market. November 2018 numbers topped out at $129,200 while the 2017 level was $137,361.

While the November housing inventory was up slightly over last year at 4.73 months, the year-to-date inventory fell 2% to 4.2 months. Kentucky continues to have low inventory levels. Six months of inventory is considered to be a comfortable standard by most economists.

Days on market levels also dropped slightly in both year-over-year and year-to-date measurements. November saw houses on the market for an average of 107 days, down from 109 one year ago.