Kentucky REALTORS® is proud to announce that the statewide participation total for the first annual Kentucky REALTOR® Ring Day reached $13,102.75. This total is cumulative from nine different cities across the Commonwealth.

Nearly half of the state-wide total came from Paducah, KY where a donation match brought the Paducah Board of REALTORS® area total to just over $6,000.

KYR President, Steve Cline, is pleased that so many areas saw participation. “It’s wonderful that folks across the state were able to see a familiar face at one of these kettles. Though its most important that money was raised for a great organization, the fact that people were able to interact with REALTORS® who were giving of their time is a bonus. I hope this event grows by leaps and bounds”, Cline said. 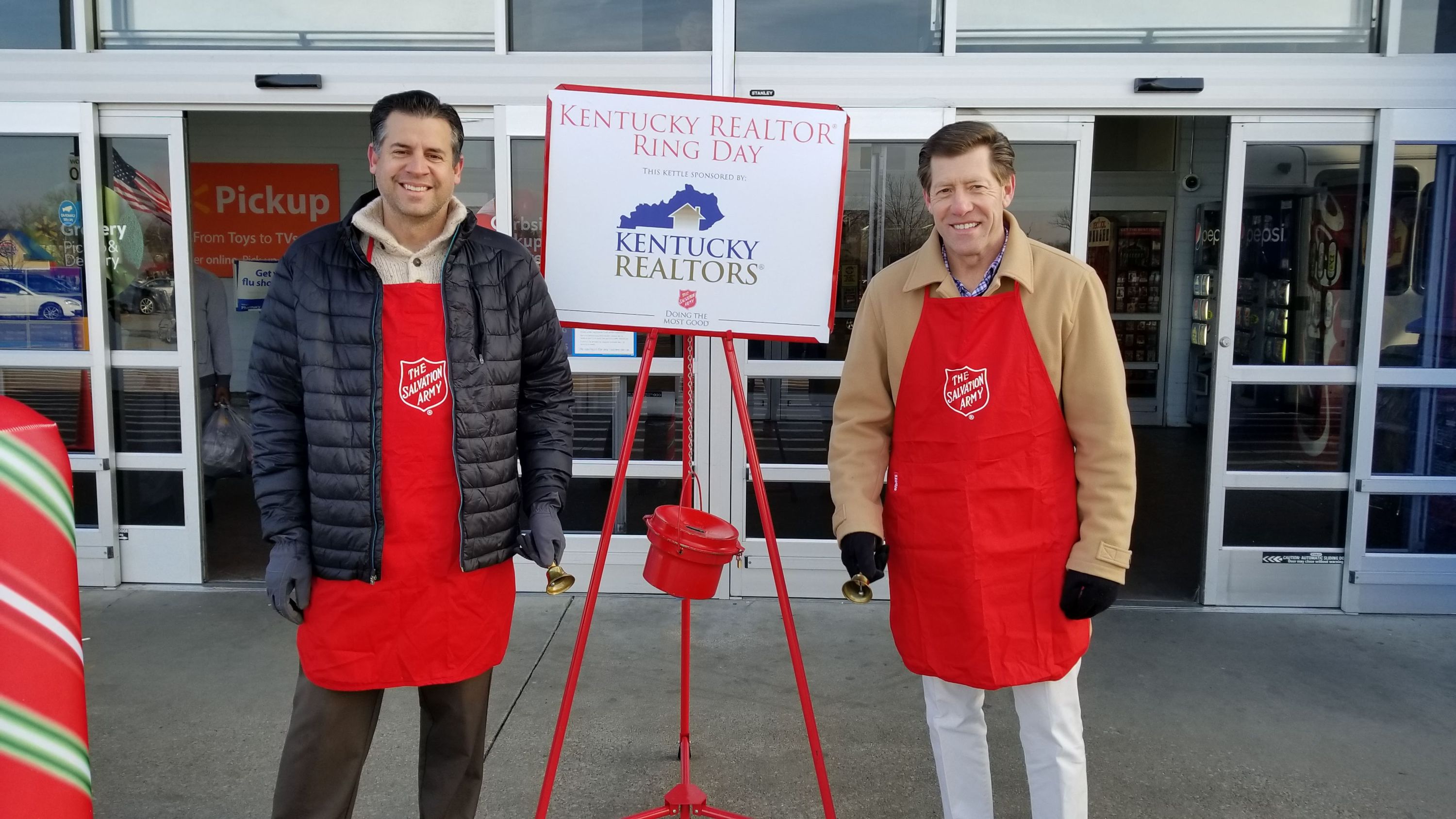 Kentucky REALTORS® C.E.O., Steve Stevens said, “It’s long been known that REALTORS® are a philanthropic bunch with over eighty-percent of them giving to charity annually. It comes as no surprise that they were ready and willing to get out and encourage others to be generous as well.”

Stevens is excited for this time next year when, hopefully, more members will get out and ring bells at kettles. “This was a publicized effort that netted great results. Now that folks see what can be accomplished, I hope we can at least double our participation and our tally in 2019”, he said.

The Salvation Army has been helping coordinate “Ring Days” for different organizations for years, but this event marked the first of its kind in Kentucky with REALTORS® as a focus.

KYR staff members, as well as the staff of various local REALTOR® associations across the state, also participated in the event. Kettles were staffed at retail outlets where shoppers were greeted and invited to donate. 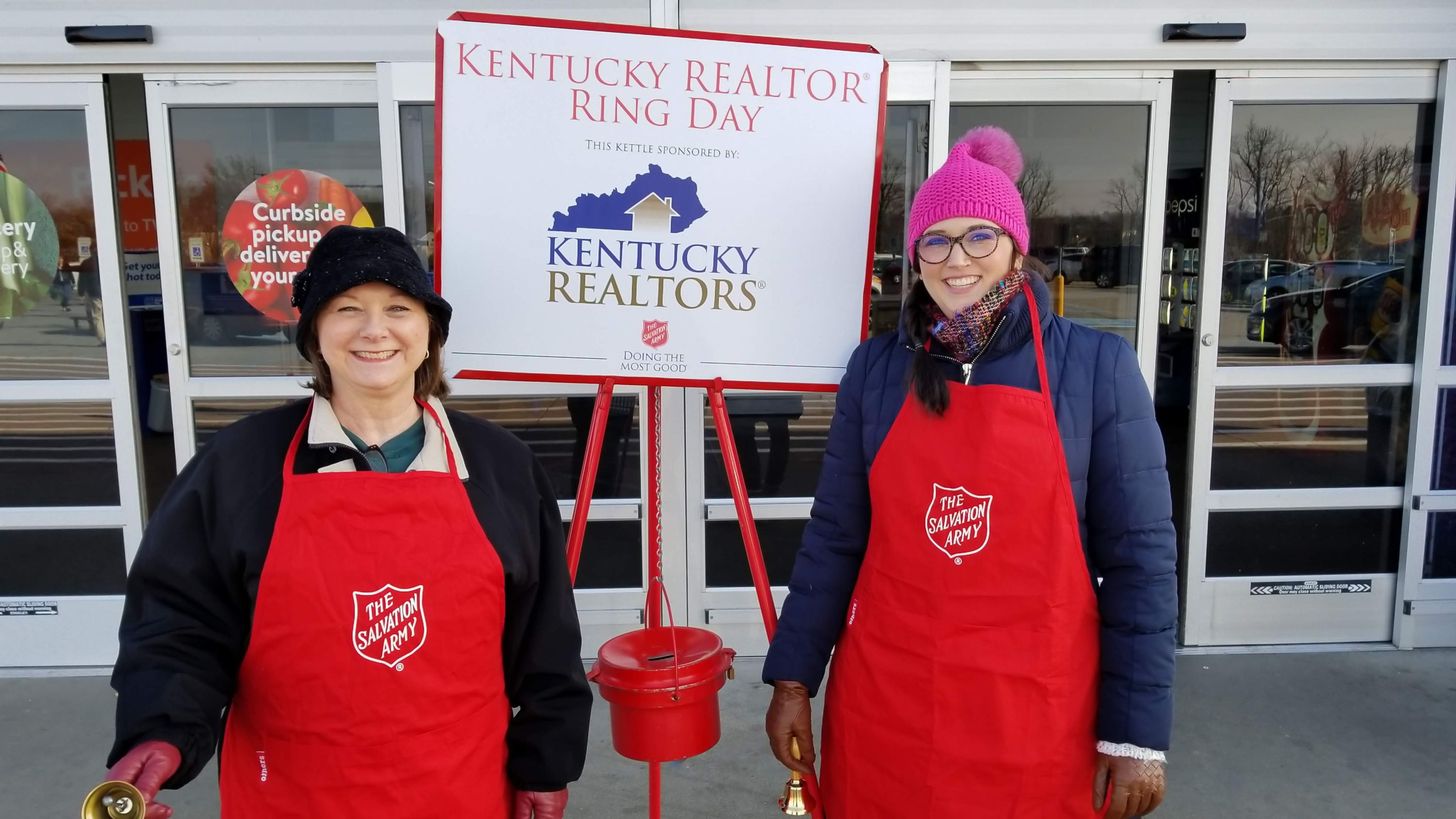 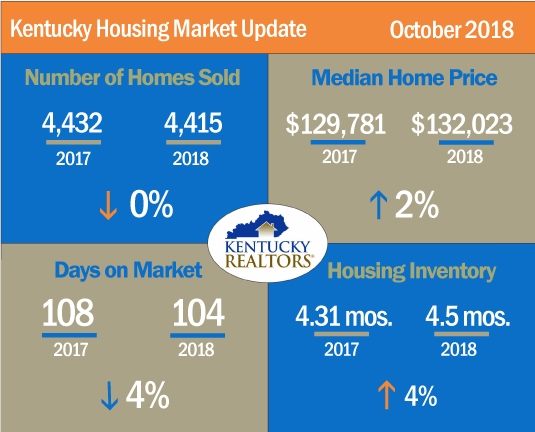 Kentucky home sales in October remained statistically unchanged over October 2017 numbers. October 2018 sales reached 4,415 units compared to 4,432 sold one year ago. Year-to-date sales stand at 44,706. This is down just over one percent over 2017 numbers when sales stood at 45,248 units.

Similarly, pending home sales declined slightly nationwide in October in all regions but the Northeast, according to the National Association of Realtors®. The Pending Home Sales Index, a forward-looking indicator based on contract signings, decreased 2.6 percent to 102.1 in October, down from 104.8 in September. However, year-over-year contract signings dropped 6.7 percent, making this the tenth straight month of annual decreases.

Yun notes that a similar period of decline occurred during the 2013 Taper Tantrum when interest rates jumped from 3.5 percent to 4.5 percent. After 11 months – November 2013 to September 2014 – sales finally rebounded when rates decreased. “But this time, interest rates are not going down, in fact, they are probably going to increase even further,” Yun noted. 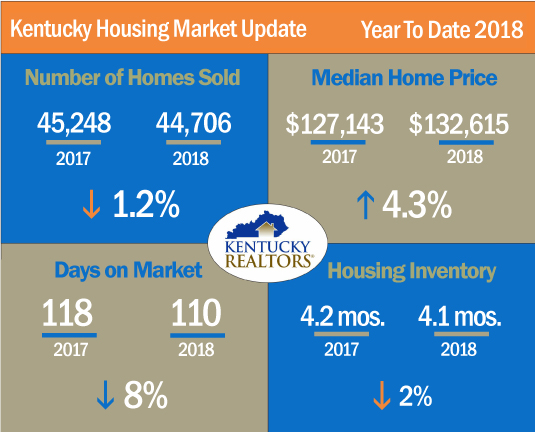 “As we near the end of the year, Kentucky housing market sales numbers are closely mirroring those of 2017,” said Steve Cline, president of Kentucky REALTORS®. “It seems as though emergent influencers on the national economy will dictate whether we end 2018 slightly down or with just a small bump up in units sold.”

Kentucky’s housing inventory rebounded over last month’s decrease and jumped four percent in October. The 4.5 months of supply in Octobers best 2017’s supply of 4.31 months. For the year, inventory remains virtually unchanged versus the same period in 2017, showing 4.1 months through October.

Kentucky saw a decrease in the amount of time properties stayed on the market in October. At 104 days, this is level bests the 108-day average reached in October 2017.