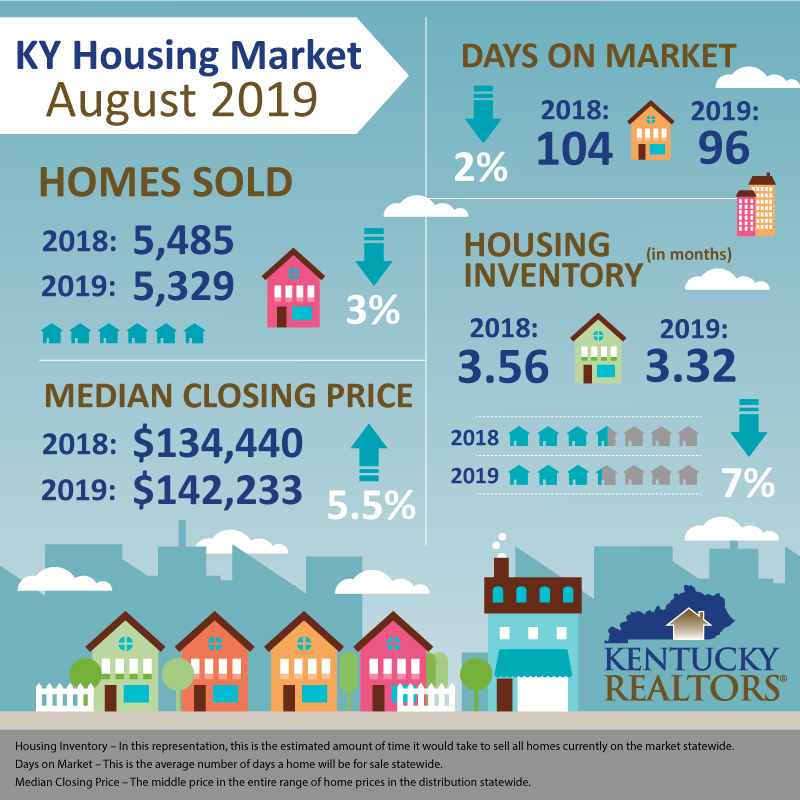 Nationally, pending home sales increased in August, a welcome rebound after a prior month of declines, according to the National Association of Realtors®. “It is very encouraging that buyers are responding to exceptionally low interest rates,” said Lawrence Yun, NAR chief economist. “The notable sales slump in the West region over recent years appears to be over. Rising demand will reaccelerate home price appreciation in the absence of more supply.” The National Association of Realtors® is forecasting home sales to rise 0.6% in 2019 and another 3.4% in 2020.

August’s days-on-market (DOM) figure dropped at 96 days. This marks the first time that number has dropped below 100. This is the second-lowest DOM figure on record behind July of 2018 (95 days). 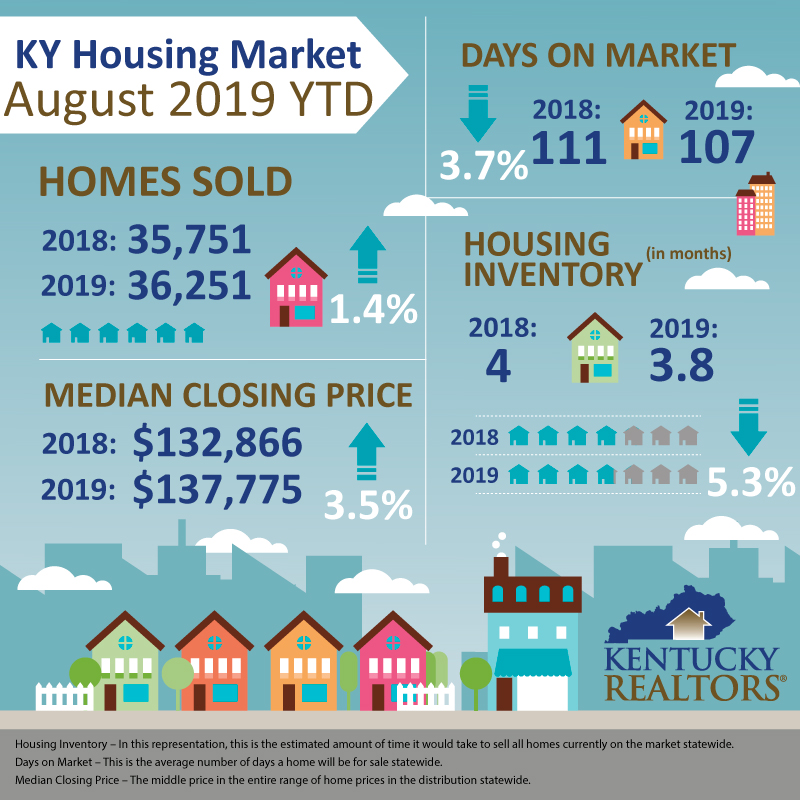 Rip Phillips, President of Kentucky REALTORS®, says that the market is rife with opportunities to help solve a housing affordability problem. “Legislators and communities alike can impact the housing shortage issue. From easing zoning and regulatory restrictions to making financing more affordable, REALTORS® are always a part if the discussion to help the consumer fulfill the dream or homeownership”, he said.

The inventory number for the state has held below 4 months for six consecutive months again this year. The August figure of 3.32 is up only slightly from last month’s number and is down over 7% over the August 2018 figure of 3.56 months. Most economists believe a balanced housing market offers a 6-month inventory level.